Google Maintains its Position as the Top Search Provider 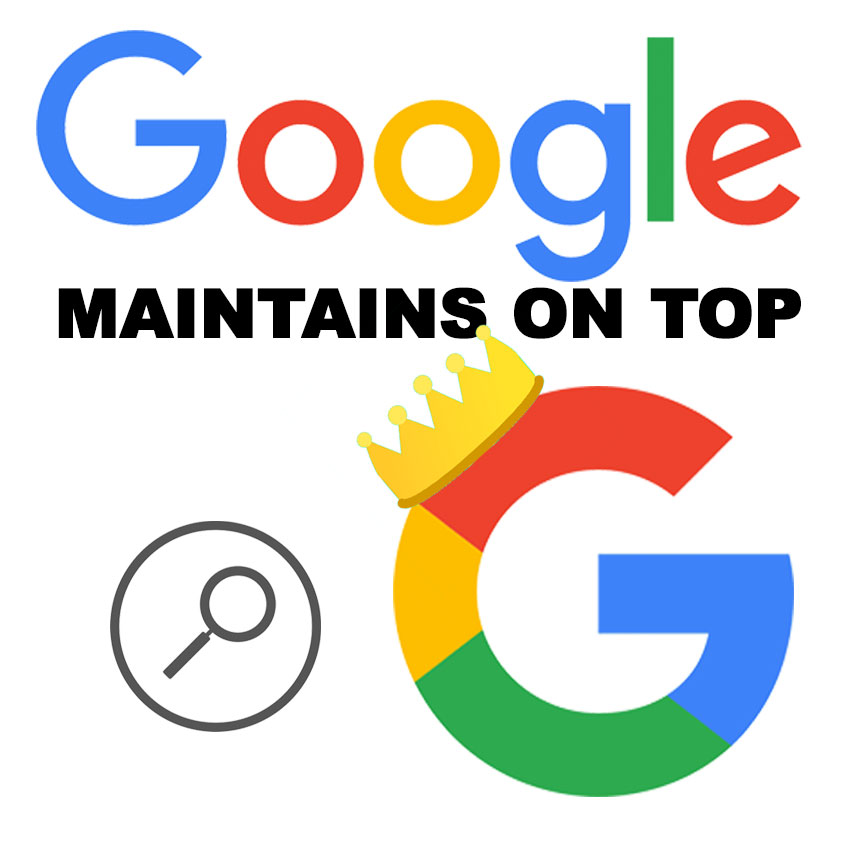 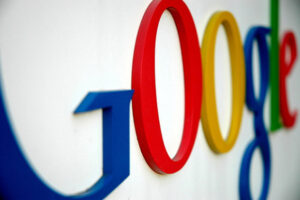 Google is without a doubt one of the most popular search engines out there. Originally, it was a small project started in a server comprised entirely of lego blocks, but it has grown and adapted to the changing technology over time. Unlike many of its other counterparts, it has adapted well to the move to mobile devices and remained the king of the hill, so to speak. There are many apps on the store today, all of which claim different levels of popularity, but it should be no surprise from those who read Admin eSolutions that Google Search is 4th most popular app in the store. The revelation came shortly after ComScore released the 2015 US Mobile App report that serves to analyze the popularity and locality of mobile applications.

Where does Google Stand?

There are of course several other apps on the store getting attention like Snapchat, Pinterest, Instagram, Facebook, etc., but should it really shock anyone that they aren’t getting nearly as much attention as Google Search? There is nothing quite like a good search engine, and the public is doing a great job of proving that time and again. While there are other search engines on the market, it cannot be denied that Google has beaten them out ten to one.

Right now, Google Search has managed to be the ONLY search app on the market that falls nicely within the 25 most popular apps, and it shows no signs of slowing down. In fact, it is growing at a nice rate of 16% per year, with Facebook and Google Play as its only competition.

Ever Present on the Home Screen

Something to note is that Google play is not just a ‘download and forget’ application, so these numbers are not arbitrary by any means. In fact, Google Search is on the home screen of almost 30% of mobile phones, and the only reason it falls behind Facebook at all, is the fact that the app isn’t being used for extended period of times. It only accounts for about 1.5% of the time spent on all mobile apps, but really, how much time can a person actually spend searching anyway?

As far as those statistics are concerned, Facebook holds 21% of the usage market with Pandora Radio and Youtube trialing closely behind. Other applications, perhaps games or other third party programs take up around 41%.

It’s impossible to tell where it might be in the next few months, but we know that the future of Google is bright.

Katapult Marketing is an expert Florida digital marketing & SEO company that has helped many small businesses improve their online prospects and page rankings.

Let us help you with a complete and detailed analysis of your site's health, performance, and speed.
Get My FREE Site Audit

Motsow Momo Never thought that online trading could be so helpful because of so many scammers online until I met Mrs. Katie George who changed my life and that of my family. I invested $1000 and got $11,670 Within a week. she is an expert and also proven to be trustworthy and reliable. Contact her via Email:Katiegeorge.cgk@gmail.com
WhatsApp: + 1 [857] 547 8795

Junior Achievement of Dallas Katapult has been instrumental in executing the new branding for our website. We’ve worked with Katapult for several years and have been impressed with their fast turnaround, creativity, and professionalism. Looking forward to working with Katapult for years to come!

Engr Hiyanu Richard Life will surely teach you lesson before you will experience the good part of it , I have a bad experience falling from one scam to another until I read up a post about MR KEVIN MCCARTHYCRYPTO, i was still in doubt kept seeing many testimony’s of his good work so I was convinced and decided to give it a try and I gave in my last shot and invested $1000 for a start,He really played his own part of the deal as he promised me, now I have gotten my second withdrawal without paying for other charges fee like other account manager, If you are searching for an honest account manager, search no more and add up MR KEVIN MCCARTHYCRYPTO who taught me all I needed to know, thank you sir and may you have strength to continue to help others like you did for me.
You can reach him via email; kenvinmccarthycrypto72@gmail.com
WhatsApp: +1(726)2683019
Am a truck driver in Florida

Rebekah Howard The Katapult Marketing Team is always available to answer any of my questions. Pinki is amazing and is so easy to communicate and work with. Our websites would not look as good as they do without her help!

Lisa Betts The team at Katapult Marketing took care of us from start to finish. They renovated our website into a beautiful, highly functional and easy to use resource for our business. I couldn’t be happier with the promptness, attention to detail, and expert craftsmanship Pinki and everyone at Katapult Marketing delivered! Customers have gone out of their way to tell me how fantastic the new site is! Thank You!! Lisa Betts, President BettsWorks, Inc / RealEstateSpeakers.com

Donna Hurley When I was looking for a Website Developer for our new LLC, I searched for weeks. After watching Antoine’s YouTube videos, and speaking to him directly, he made me feel comfortable on the tasks that we were facing. Initially, we agreed upon specific deliverables and milestones, and Antoine and Pinki managed the project to meet each of them. The interviewing process that captured much of the digital marketing content was extremely thorough, and they took the time to educate us throughout the project so that we clearly understood the dynamics of digital and SEO marketing. I was so impressed with their project management, and the direct interaction with their team throughout their process. The end result is that they took our content, and our understanding of our market, and created an AMAZING website.
Donna Hurley, CEO, Critical Preparedness, LLC (www.criticalpreparedness.com)

Barbara Prieto I am very happy with the support Katapult Marketing has provided and still provides Riviera Presbyterian Church in Miami. They always respond quickly and take their time in explaining any questions we have. They make sure we are happy with our website and are always very professional.

Robin Graine I have worked with a lot of digital marketers over the year and Katapult is a shining star. Responsive. Creative. Smart.

Isabel R Godoy Amazing company. they work with you, help you and answer you every question you have. they are really fast at responding and get you things done really quick. I love working with Pinki on the website 😀

Kyle Gasaway Pinki and the team at Katapult are great to work with. We have been using them for our website development (washcampus.edu) for over a year now and it looks awesome! They are very responsive when it comes to quick edits and have a very fast turn around. Thanks Pinki!

Liane Davey I love what Katapult helped me build to launch my speaking business and my new book. The site reflects my brand beautifully and the process of building it has been seamless!

Ray Johnson It was just simply awesome working with Antoine and Pinki. Their unique process helped us develop an outstanding website with the high quality messaging, layout, and graphics that we wanted but were unable to achieve on two previous attempts at developing a website. Antoine’s guidance in building our story was essential. Pinki’s professionalism, persistence, and patience is what legends are made of!

Tino Riva Pinki is always available and responds immediately each and every time you need something. She is incredibly kind and professional. Very impressed with her service.

Antoine is a visionary who helps you speak to your audience. Overall very impressed!

Iran Lawrence As I research and strive toward perfection, I find Antoine’s presentations the most simple, straight forward and enlightening source of very credible information I have seen on digital marketing. His researched based information has given me the necessary tweaking I needed to know that consequently has given me a new sense of reassurance and confidence in marketing my product. And I am very grateful.

Dianne Cirone Working with the Katapult Team has been an easy and positive experience. Everyone I have worked with is supportive, knowledgeable and considerate of my limited knowledge of compiling a new website. They made it seem effortless. I love the personal touch that the Katapult Team gave me and highly recommend using them. Thank you for an extraordinary website.
Dianne Cirone
Cirone Chiropractic Palm Beach

Washington Campus Staff Katapult Marketing is great and Pinki Shah is amazing! Our website just underwent a complete redesign and Pinki has cheerfully helped us with every detail, big and small. She is incredibly responsive, understanding, easy to work with, and she cares just as much about the redesign as we do. If you could see the old website, you would be astonished by her ability to transform it into what it is now! We couldn’t be happier with the results! We’re very grateful for all of the time and hard work that she put into this massive project, especially on our timeline.

Molly Barnes We just finished our website redesign & are so happy with how the whole process went! Thank you to Antoine, Pinki & the rest of the team!

Robert Malove Antoine Dupont and the rest of his team at adminesolutions really deliver on their promises. Antoine was highly recommended to me, and although I was hesitant at first – there are so many marketing vultures out there – Antoine has really come through. I now rank in the top 3 on Google for searches in my key words. Thank you Antoine & team! Lets have a spectacular 2017! All the best!

Ramona Powers What a great experience! I just finished another project with Admin eSolutions and Pinki was fabulous. She is patient and so easy to work with. For years, the team has provided excellent support and practical advice to my association. Thank you! One of the best partnerships I have.

Katt Watts Extreamly helpful and witty at that !!! Thank you Antonie !

Teri Valls I have been working with Admin eSolutions for many years and have received the best of service always. Pinki is great to work with always adhering to our timelines, quick to respond and accomplish the task at hand.

I would recommend them to anyone!

Kathy Rivera Great team! We have a lot of projects with Admin eSolutions throughout the many years of relationship with them. We’ve carried out projects from a scratch or with their templates and gotten results of excellent quality promptly. Their team and Pinki are always super accessible for support. Thank you!!

Metin Adanir Stay away.! One man operation simply hiring indian freelancer for low makes money between plus no idea about what they are doing.
Contact with me before working with this company,they ruined my business,i wont let them ruin yours.
PS:All reviews left for them by owner relatives.

Roman Fischer I have been working with Admin eSolutions since 2013. Thanks for the fantastic job on three websites. It’s been a pleasure working with Mick, Antoine and Pinki. They are collaborating closely with me on every project. If you are looking to get a website built or redesigned they are the best choice.

Zee Mendoza I think it is rare to find a web design company that understands your needs, can be flexible, professional and keep their promises, but Admin e Solutions is all this and more! Really enjoy working with them, great customer service!

Charlie Calderin Admin ESolutions = great value, excellent support, and a team that really cares about the success of their clients. Recommend them? YES

Justine McKinnon The team at Admin eSolutions is awesome. They are a pleasure to work with but also always meet deadlines and resolve any issues right away. We have used them for many many years and will continue to use them for years to come!
×
© copyright 2023